How to Make Hash Browns Without a Recipe

You sit down to brunch. You’re starving. You’re sleepy. You’re possibly hungover. You order the breakfast special, the biggest plate on the menu — the one that comes with eggs and toast and bacon cooked just the way you like it and, of course, hash browns. Your food arrives, you pick up your fork, and halt midair. What do you eat first?

There’s only one correct answer to this question: hash browns. Crispy, starchy, salty, and begging to be dragged through a pool of ketchup, hash browns are the perfect weekend breakfast food. In fact, they might be the perfect food, period. You’ve probably had to suffer through a lot of sub-par hash browns in your life — ones that were soggy and limp and sort of sad-looking. But now it’s time to reclaim hash browns as the ultimate breakfast item they were meant to be. Stick these tips in your back pocket and start dreaming of breakfast right now. Or go ahead and have hash browns for dinner. We don’t judge.

Here’s how to make the best, crispiest hash browns, without a recipe.

1. Gather some potatoes (I like Idaho), a yellow onion, nice flaky salt, and some neutral-tasting oil (make sure it has a high smoking point). You can suss out your own preferred potato-to-onion ratio (or even leave out the onion altogether, though you’d be missing out), but I typically use one onion for every two large potatoes. 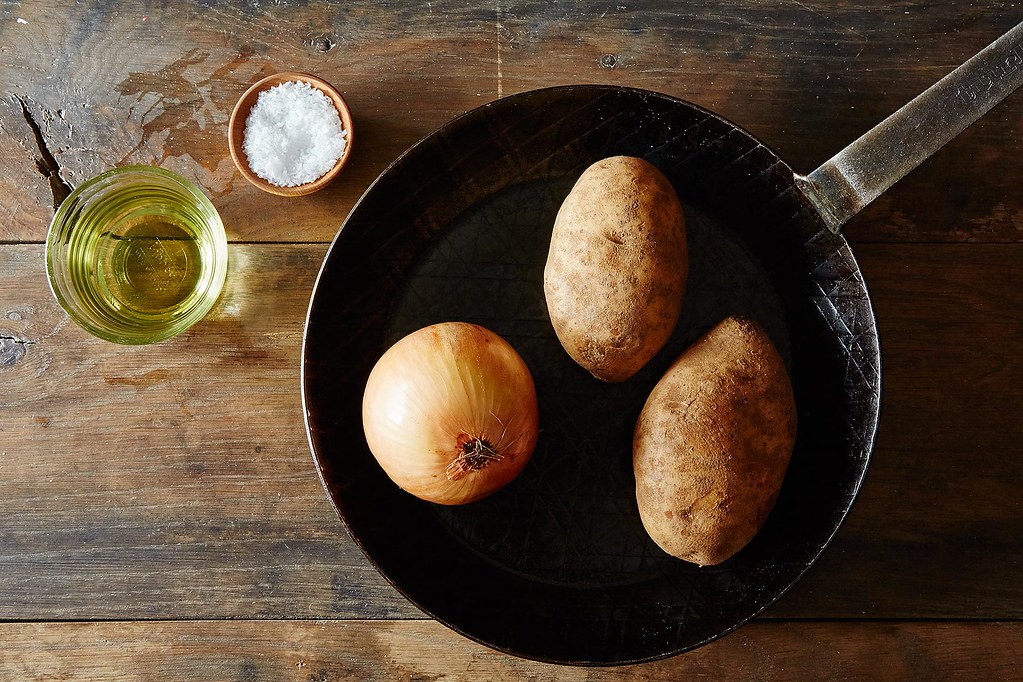 2. Grate your potatoes and onion by hand or, if you have on of those cool time-saving attachments, in a food processor. 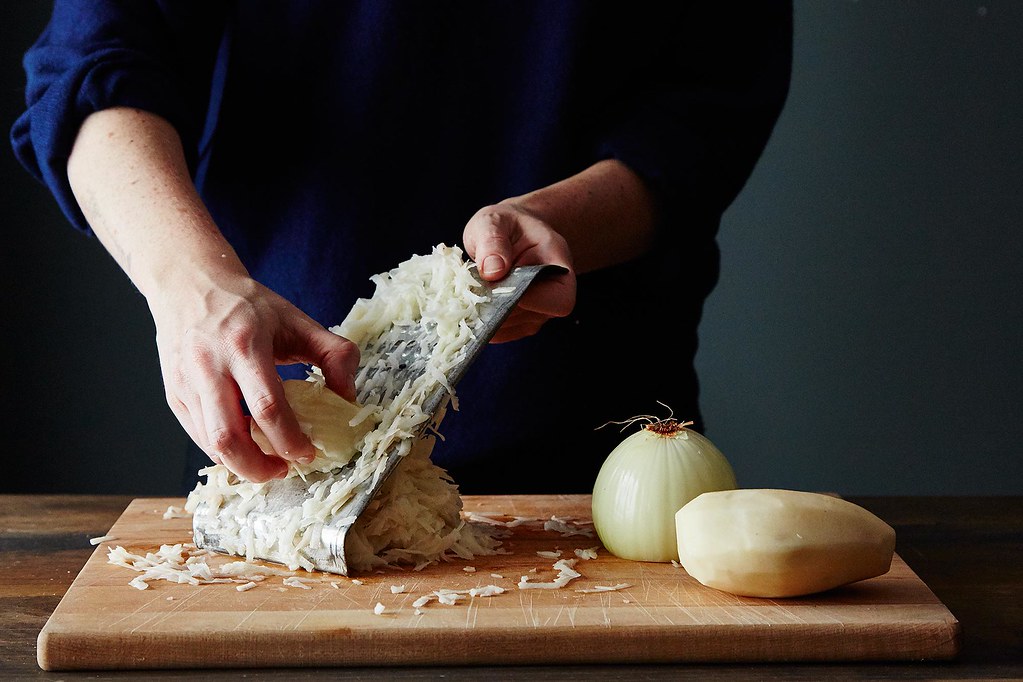 3. Wrap your grated potatoes and onion in a cheesecloth or a clean dish towel, then squeeze the life out of them. Once you’ve wrung out all the liquid you can, set the whole bundle in a strainer and place it in the sink or over a large bowl. Leave it for a few minutes to allow all the excess liquid hiding in your potatoes to seep out. While it is extremely difficult to wait for hash browns, don’t skip this step: It will ensure that your hash browns have a lovely, shatteringly crispy lid.

More: Use this same technique to make no recipe latkes. Just don’t forget to play a rousing round of dreidel! 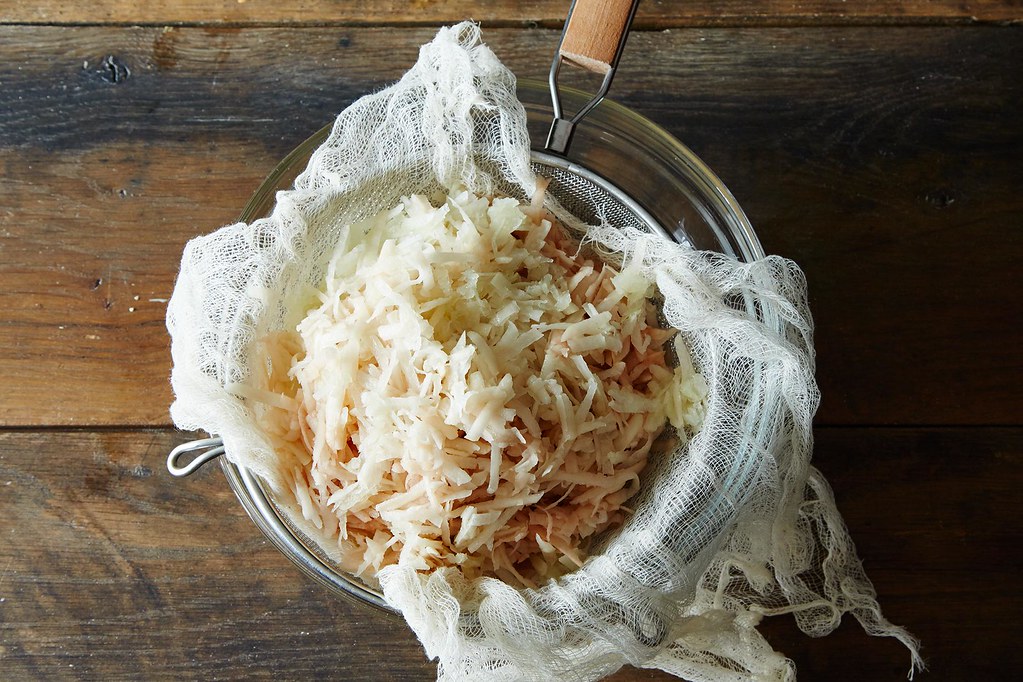 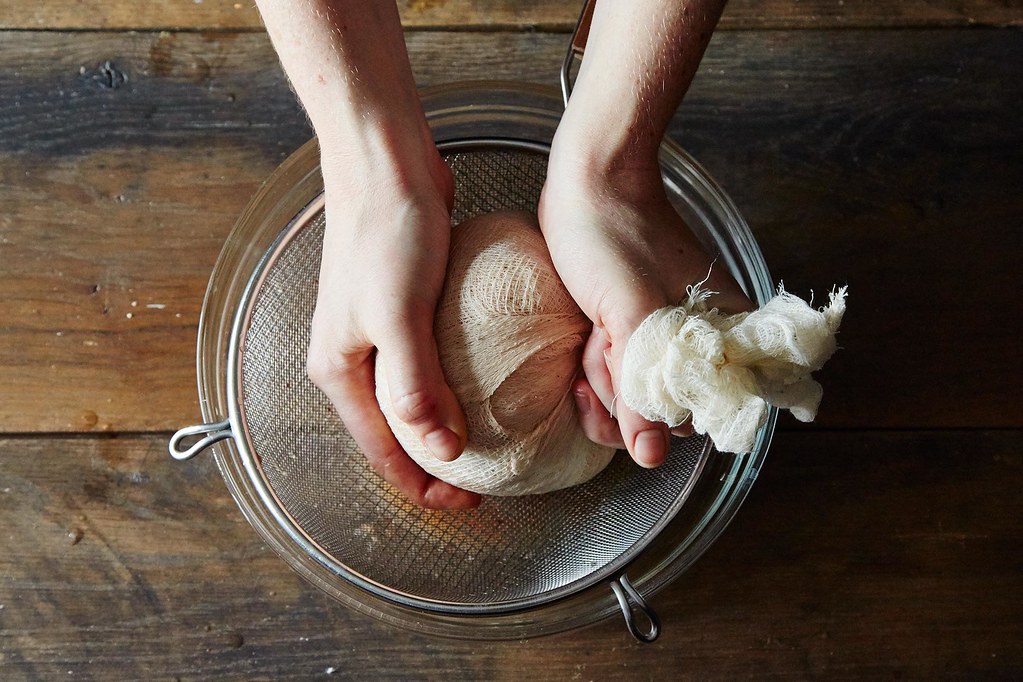 4. Coat a non-stick or cast iron skillet with a thin layer of your oil, about a tablespoon. Crank the heat up to medium-high. After a minute or so, test to see if your pan is ready by dropping in a few strands of potato. If it instantly starts to sizzle angrily and spit at you, it’s time. Spread out some of the potato mixture in a thin, even layer along the pan. Don’t make it too thick or you’ll have a lot of potato to cut through — I’d say about 1/4-inch thick is a good bet.

Now here’s the real secret to cripsy hash browns: Place an aluminum foil-wrapped pan (or other heavy item of roughly the same size as your original pan) on top of the potato layer. Weigh it down with something (like a can of tomatoes) if it’s light. Then, walk away, change your laundry, and/or drink a mimosa. Come back and remove the top pan, then use a spatula to peek at the underside of the hash brown. If it’s that telltale hue of brown and deliciously crispy, you’re ready to flip. You can either execute this move with a suave chef-like flick of the wrist or, if you want to play it safe, turn the hash brown out onto a plate and carefully slide it back into the hot pan, crispy side-up. Weigh the whole thing down again. 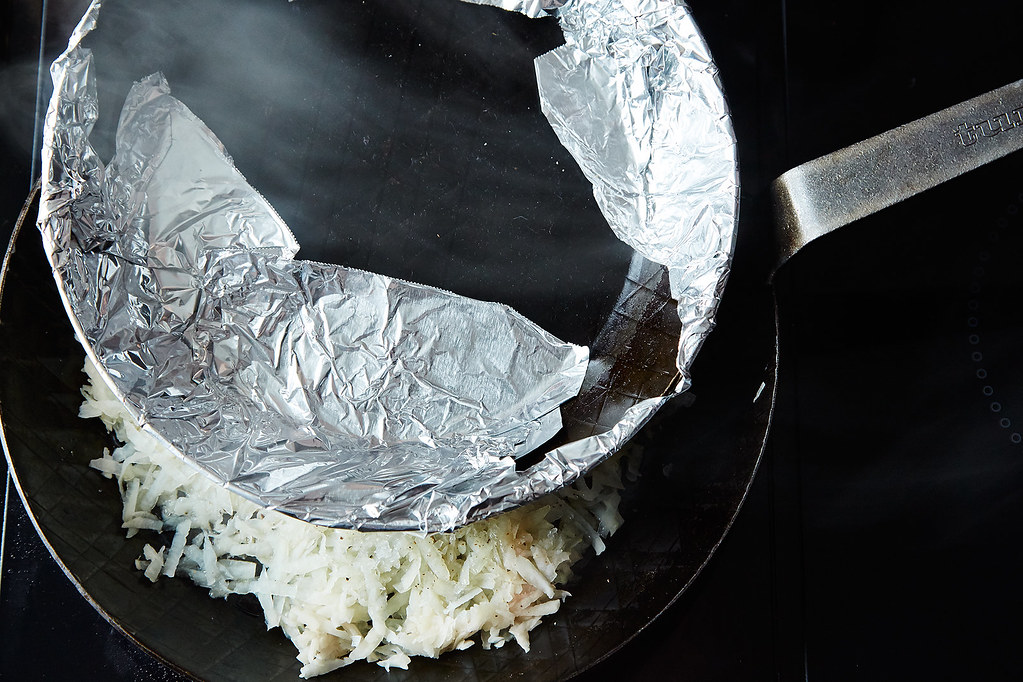 5. Once your hash brown is golden brown on both sides, you’re ready to eat. Slide it onto a plate, hit it with a pinch of salt, and make sure your ketchup is at arm’s length. You’re going to need it. 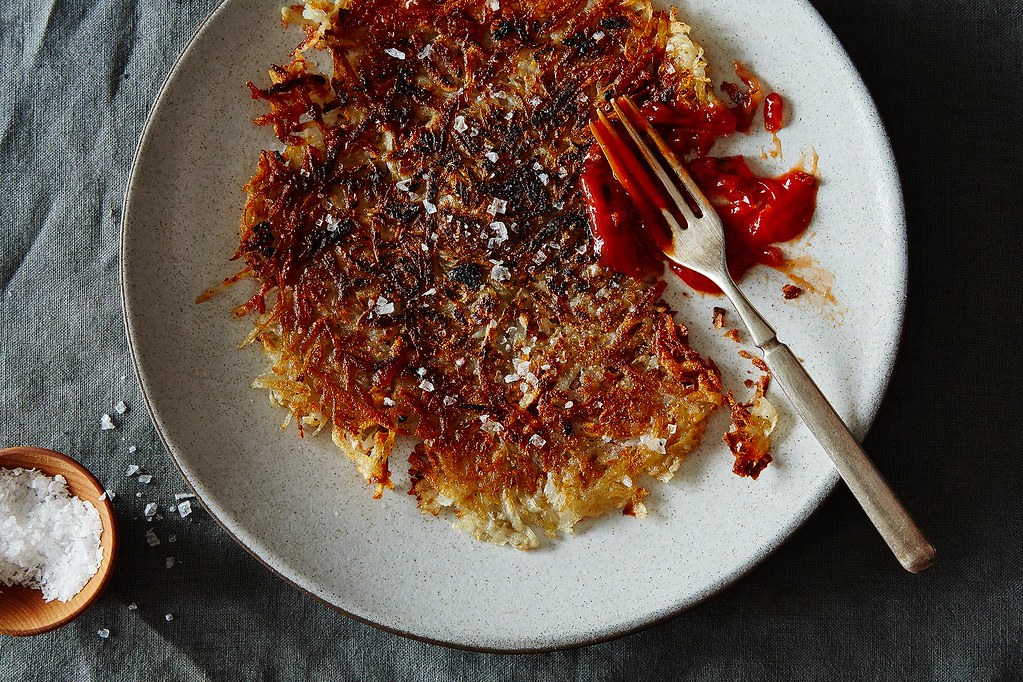